Have you ever wondered how it can be that those people who stand on the street corner loudly proclaiming their opposition to misogyny and racism can turn around and launch the most vile misogynist and racist attacks?  If so, first understand that you have just engaged in ideological “wrong think.”  But, if you, like me, persist in trying to understand what drives our current crisis, then read on. 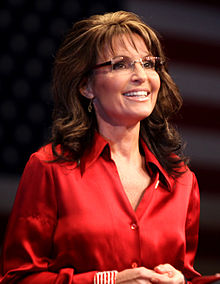 Take Sarah Palin.  Here we have a generally popular governor of a state that sends both Democrats and Republicans to Washington D.C.  Yes, she is in disagreement with the Progressive Left and may have been elevated too soon (or mistakenly) to a national ticket.  But how did that justify the vile outpouring of objectification and misogyny to which the Progressive Left subjected her and her daughter?

Consider this summary from a recent academic paper titled Sexualizing Sarah Palin: The Social and Political Contexts of the Sexual Objectification of Female Candidates:

While few opportunities existed prior to Palin to study women running for national, executive office in the U.S., it is safe to say that she has received the most sexually objectifying coverage to date (Heldman et al., 2009). Fourteen percent of Palin’s coverage mentioned her appearance, and it was often intensely misogynistic: “‘looks like every librarian in a Cinemax movie;’ a ‘VPILF’ (‘vice president I’d like to —-’)’” (Heldman et al., 2009, p. 12). Other media comments about Palin include, “‘I initially dismissed her as good-looking, [but] that backfired’; ‘Caribou Barbie…Malibu Barbie… Presidential Barbie’; ‘Winking Wonderwoman of Wasilla’; our ‘National Obsession’; ‘His cheerleader choice’; ‘Hugh Hefner asked Sarah Palin to pose for Playboy, because right now she’s posing as a vice presidential candidate’” (Heldman et al., 2009, p. 17). It is difficult to determine if her amplified objectification is due to her attractiveness, the new era of objectification, or both.

Or how about David Letterman making a “joke” about the statutory rape of Palin’s daughter on national television:

“One awkward moment for Sarah Palin at the Yankee game — during the seventh inning, her daughter was knocked up by Alex Rodriguez.”

“Brigitte Gabriel = Ayaan Hirsi Ali. She’s asking 4 an a$$ whippin’. I wish I could take their vaginas away- they don’t deserve to be women.”

Linda Sarsour went on to become a Progressive power player and highly visible leader in the Women’s March.  Apparently public, vile, violent fantasies about mutilating other women was not sufficient to prevent her ascension to the top of the Progressive movement.

Let there be no doubt, this vile behavior was from the Progressive Left.  There was no shame in saying these things, and virtually no criticism from our presumed Progressive moral betters in response.  That is, the very people who would have thrown a conniption fit had a female Progressive politician (or one of their daughters) been subjected to even 1% of this abuse had nothing to say about these incidents.  This selective deployment of moral outrage is nothing less than an implicit endorsement.  And a clear warning to any woman who is non-Progressive or who works for a non-Progressive that she can be subjected to this treatment.

We are bound to ask why, and, how Progressives justify such behavior.